Get fresh music recommendations delivered to your inbox every Friday.
We've updated our Terms of Use. You can review the changes here.

from Discomposure - EP by Corsicana 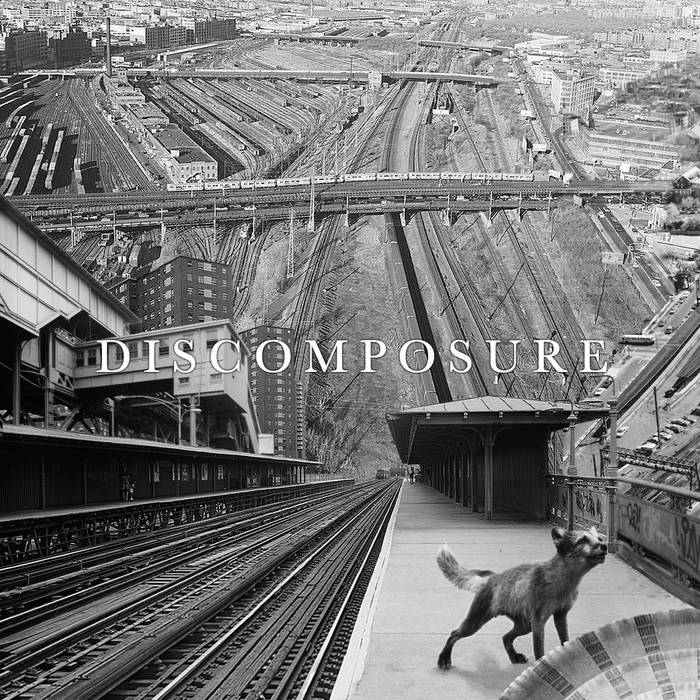 There's a bear inside your stomach, a cub's been kicking from within.
He's loud, though without vocal cords, we'll put an end to him.
We'll make all the right appointments, no one ever has to know,
and then tomorrow I'll turn twenty-one, we'll script another show.

We'll play charades up in the Chelsea, drink champagne (although you shouldn't be),
We'll be blind and dumb until we fall asleep.
None of our friends will come, they dodge our calls, and they have for quite awhile now.
It's not a shock, you don't seem to mind, and I just can't see how.

There's a bear inside your stomach, a cub's been kicking you for weeks
and if this isn't all a dream, well then we'll cut him from beneath.
Well we're not scared of making caves, or finding food for him to eat.
We're terrified of one another, terrified of what that means.

But we'll make only quick decisions, and you'll just keep me in the waiting room,
and all the while I'll know we're fucked, and not getting un-fucked soon.
When we get home we're bigger strangers than we've ever been before.
You sit in front of snowy television, suitcase on the floor.

Original song by The Antlers, lyrics by Peter Silberman

Bandcamp Daily  your guide to the world of Bandcamp